Those who know me in person may already know that I’ve become religious. The foundation of my belief comes from Christianity, Calvinist branch of Protestantism, to be specific. It was a spectacular psychological journey in which I did much philosophical and sci-fi pondering, and my basic understanding of life, universe and everything has altered a lot. Of course the faith didn’t come out from nowhere. I’ve repeatedly experienced certain kinds of revelation (facts that hard to reasoning via atheists’ perspective), as the lyric goes: “how precious did that grace appear, the hour I first believed …”

However, with my study of Bible and catechumens course, gradually I found the doctrines overly-sophisticated with too many justifications that are hard to testify, falsify or even sense. It makes the so-called truth inelegant to me. Meanwhile, I paid attention to historical critical interpretation of the Bible and those literal contradictions taunted by arrogant atheists. Crises emerged in my spirit.

The wikipedia entry of the word “theology” states: “theology is the critical study of the nature of the divine.” Just like science, theology also needs critical thinking and evolution, otherwise Reformation wouldn’t have happened. So I think it’s okay for me to tune my understanding of religion a little bit to be compatible with modern common sense. Science and religion shall share a same basic cognitive style and together form a integral of knowledge of man kind. I call this version practical theology (the name is already taken, but I don’t want to waste my nerves on such difficult tasks like naming). Pious protestants might think it heretical, while my intention is primarily self-convincing. Maybe, as a side effect, it makes things more acceptable to paranoid but open-minded atheists.

Materialists believe that the universe could be understood by human beings. If the nature is chaotic, our brains should have infinitely many neurons to accomplish the goal. Because our brains themselves are included in the universe. The whole can be covered by a part, only if both of them have infinite complexity, analogous to Fractal. It’s hard to believe so, as a result, I suppose that most materialists tend to believe that the essence of our world can be compressed into elegant rules - law of nature - that can be understood using limited neurons. 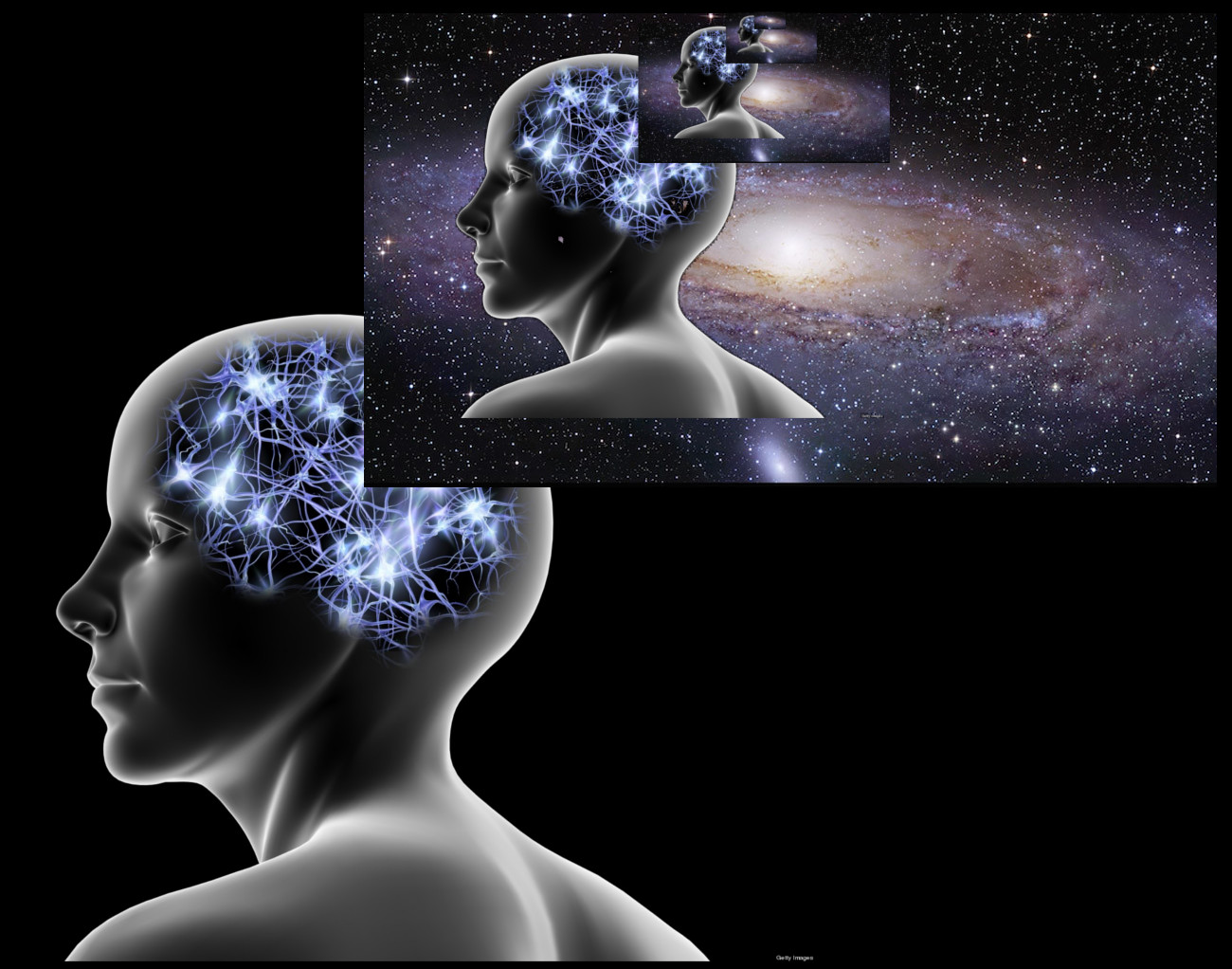 The trick is how to treat randomness. Modern statistics doesn’t try to explain the nature of uncertainty. On the other hand, it’s a study of the macroscopic effects of randomness. Despite of its successful applications in other research fields, building “law of nature” on uncertain blocks doesn’t mean understanding to me because too much useful information being neglected. Something more fundamental should be revealed. However, with my very limited knowledge of quantum mechanics, it seems very unlikely for human to discover the very power that makes wave functions collapse.

In other words, we may peek at a corner of “law of nature”, but it’s hard or even impossible to get an entire overview of it. Karl Marx’s view of science overestimates human intelligence. Maybe we are “frogs of the well” who don’t even have the possibility to escape from our narrow space of sensation. Or, at least we should agree that beyond the boundary of our current scientific exploration activities, there are existences of certain kinds of rules or forces that have strong causal relations with our observations. We can take them as a set and give it a name, “super-natural power” perhaps :-). Obviously, it’s a dynamic set which shrinks over time and the discrepancy comes from whether it will become empty eventually. No matter which side you pick, nothing diminishes our curiosity of it.

Can not understand doesn’t mean can not guess. We can think of theology as the hypothesis of “super-natural power” while other scientific hypotheses like string theory and evolution focus on specific subsets of it. Then we can follow typical statistical methods to verify all of them in progress. So theology, as I mentioned earlier, should also be a dynamically evolving study. As our scientific understanding grows vast and more concrete, theology goes the opposite direction, more concise and abstract. (The phrasing here makes the relationship look like a dualism, but it is actually a continuous model in my mind.)

Atheists around me, those educated with scientific socialism, often mingle the concepts of religion, superstition and cult. In their eyes, religious people pick authoritative ways of knowing and certainly lack the ability to suspect, which makes them easy to fool around. Actually it’s not the case, people of true faith build their faith on suspicion. They hardily make claims like “100% certain of the existence of God”. Instead, adverbs meaning uncertainty appear a lot when they express their believes, like “maybe, likely …” in this article. This illustrates that modern science and religion is congruence in their basic cognitive style, i.e. statistical inference and logic. The procedure of spiritual formation can be viewed as a simple statistical hypothesis testing or Bayesian inference process. Using our observations (physical & mental experiences) to update the prior belief of our theology hypothesis.

Occam’s Razor is a very useful philosophical thinking principle which is widely accepted by scientists. Yet many people may not know that its originator William of Ockham was a theologian, and it was firstly brought up to deal with theological problems. Unfortunately, theologians after him didn’t carry on the good tradition which leads to the disintegration of Christianity. Nowadays only the branches of Protestantism form a massive forest.

The reason is that we have made up too complex hypotheses. Some branches go “astray” when encountered with trivial questions, the answers to which might be by-all-means unreachable to us human. Actually, the unanswerable questions themselves are often pedantic and irrelevant. For example, which method of baptism is correct, immersion, affusion or aspersion?

Equipped with both science and religion though, we still have to admit that there are questions can’t be answered, especially silly questions. That is to say, we don’t need to provide completeness besides consistence to our system, and historical attempts resulted in vain.

Thus within practical theology, I put those insensible doctrines aside. A more brutal way to phase it is “cut them by the razor”.

Some atheists might argue that the existence of divine beings is insensible, thus could be cut out by Occam’s razor. Well, the revelations appeared to me make this very unlikely to be true. I tried to explain the divergence using the experience of my own reconstruction, and I found that the labeling processes of our observations might be highly biased by our prior assumptions. It seems to be a intrinsic flaw of our brains. An effective way to mitigate the bias is simply to intentionally modify our priors and see how the labels change under that assumption. The mathematical model of this phenomenon actually can be formalized by computer languages, such as WebPPL, but I’d like to use a more sentimental way to put it: please give religion a chance to alter your hard mind.

Perhaps the most heretical part of my theology is the attitudes towards the Bible. Note that I omit the word “holy” here. The reason comes from the principles mentioned above. The claim of “xx being holy” has little prior probability in my cognition system even if the existence of God is generally accepted. It’s pretty reasonable since claims implying so much information have large amounts of self-information, indicating small probabilities. My data is simply not enough to support the claim, so I remain skeptical about the holiness of the Bible.

In practical theology, The Bible is to theology as “Mathematical Principles of Natural Philosophy” is to science. The evolution of theology urges critical thinking of the literal meaning of the Bible. Just recall how Jesus criticized Pharisees in the gospels. The words and information of the canon have their historical restrictions. It just saves us lots of effort to admit it and stops us from making up delicate stories.

However the theology conveyed by the Bible still needs to be studied carefully, for the purpose of a more advanced theology though, which is analogous to the built of quantum mechanics and theory of relativity on top of Newtonian mechanics.

This essay tries to avoid the mention of a single concrete creed or dogma while focuses mainly on ontology and methodology. Neither does personal testimony involve in detail. It shouldn’t be regarded as any kind of preaching content. Here I just want to share my current state of philosophical and theological thoughts, and I don’t suppose it to convince anybody. Yet it would be very nice to have someone happens to share similar understandings.

Those serious Christians who regard my spiritual conditions as poor or dangerous, please help the hell out of me, amen!